Enjoy a day trip around Ubud and get a comprehensive view of the Balinese nature. Of course, on the Kintamani Volcano tour you will see two important temples of the hindus in bali – Gua Gajah and Pura Tirta Empul. Relax with a Luwak Coffee and learn more about the production of the famous “Catpoochino”. Enjoy nature at the waterfalls of Tegenungan and take great photos of the Balinese volcano mount batur and the nearby lake of the same name. At the end of your excursion you can have a wonderful view of the rice terraces of Tegalalang and learn more about the unique rice cultivation.

The beauty of Tegenungan waterfall does not only become an attraction for domestic or foreign tourists, local people also often visit this waterfall. It is a part of the Petanu river flowing along the village of Kemenuh. It reaches to the height of up to 20m, so you can feel the sound vibration of the falling water. The beauty of Tegenungan waterfall in between green rocky walls can be seen from the first stop point where you can find local stalls serving food and beverages.

Welcome to Gua Gajah (Elephant Cave) which is located in west side of Bedulu countryside, Biah Batuh Sub district and Gianyar Regency. It is about 27km from Denpasar town. This cave is built at crevasse edge from the federation of 2 rills that is called Pangkung River, where the irrigation is mixed with Petanu River flow. The federation area of two rivers is called Campuhan/Mixture. It owns the magical energy on the basis of Wrabineda Concept/two different matters on this basic concept hence Gua Gajah (Elephant Cave) is intentionally built among two rivers.

There is a relief which is almost looking like the form of mountain on the entrance of this cave. It has many carved designs on the relief like a grove with a stick, close leaf, different animals like a forest pig, tortoise and specters. The cave mouth is decorated by the bas-relief with its eye turned around to the right or west side. There is a written letter on the east side or the left side of the wall from the early 11th century.

There is a pool (Patirthaan) as a place to take the holy Tirtha water for Hindu ceremonies which is located in the middle of the cave courtyard. This holy pool was previously piled up by land and it has been found in 1954 by Krijgsman from the Ancient Department. The holy pool is equipped with many douch statues which are arranged parallel in two groups. 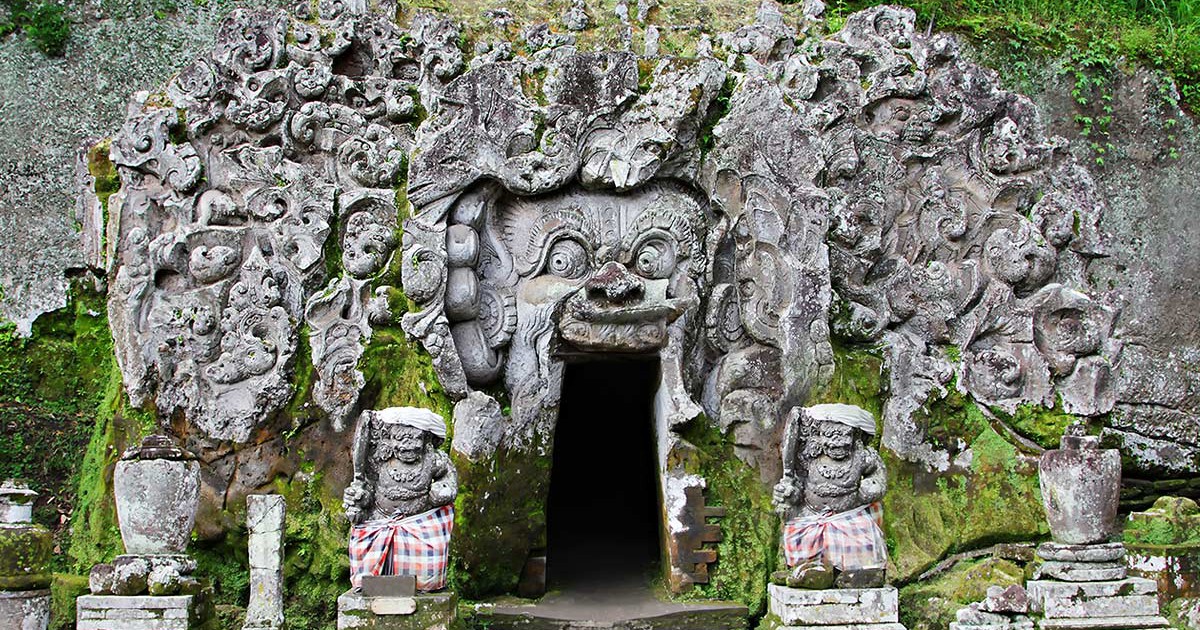 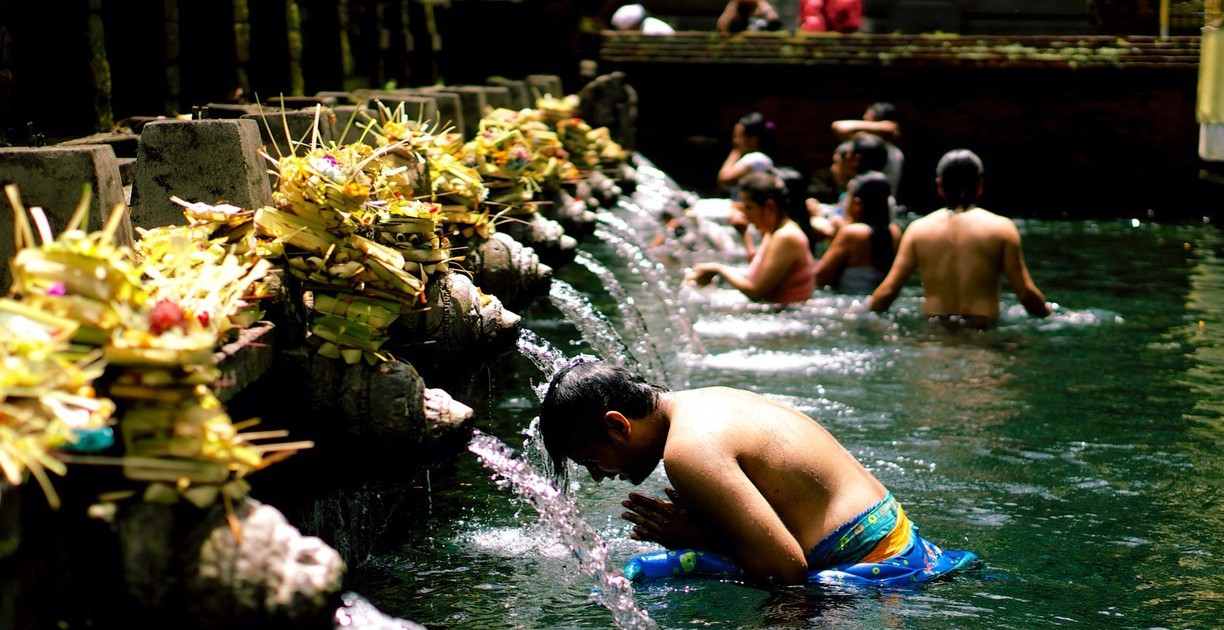 Holy Spring temple is the English name of the temple given by the tourist. Its original name is Pura Tirta Empul or Pura tampak Siring. The name comes from the large spring water inside the temple that balinese Hindus believe as holy water. For Hindu believer in Indonesia especially in Bali island the temple is a place to do a purification ritual beside to worship the God. Frequently Hindus are coming there for purification rituals to remove all the bad influence in our body and soul. There are three large pools including some artificial showers as a place for purification ritual. Each artificial shower has a different purpose but in general is to remove all the bad influence.

Luwak Coffee or Civet Coffee is coffee made from coffee cherries which have been eaten by and passed through the digestive track of the Asian Palm Civet (Paradoxorous Hermaphroditus).  After collected, the beans are processed hygienically, and given only a medium roast so as to not destroy the complex flavors that develop through the process. This Kopi Luwak process takes place only on island of Bali, Java and Sumatra in the Indonesian Archipelago. Producing no more than 300 Kg per year and distributed throughout the world.

Some people try to breed the civet and given a coffee cherries to eat, but they won’t succeed. Our Kopi Luwak is origin from wild civet which live mutualism with coffee farmers. Civets use their nature insisting to only eat the best taste of coffee cherries at the coffee plantation. 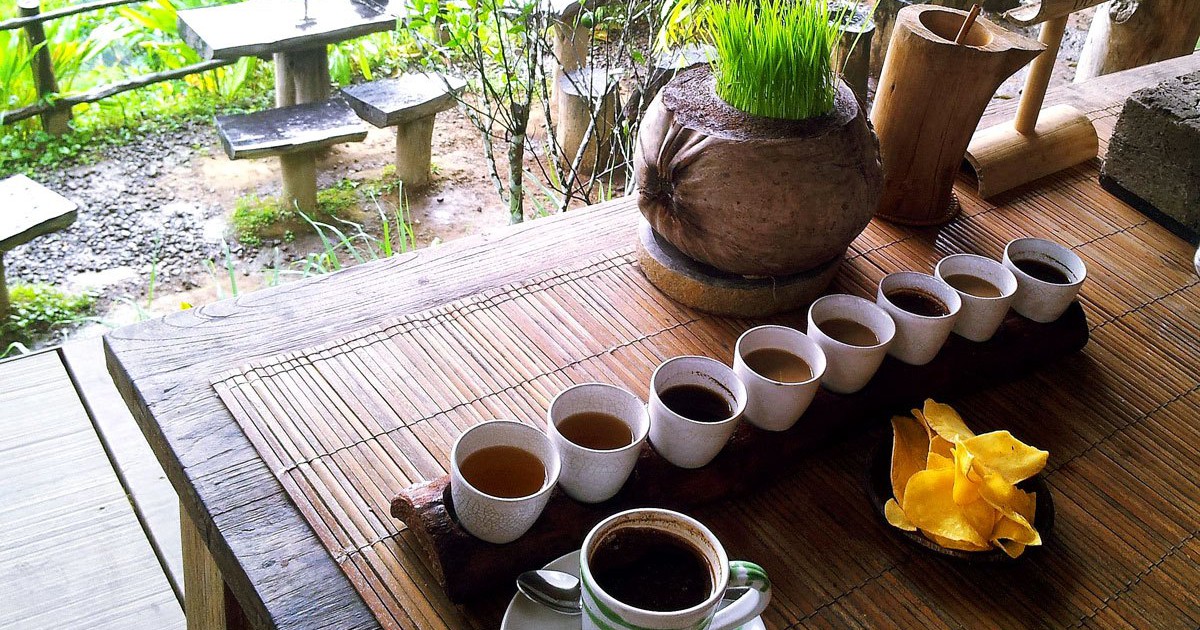 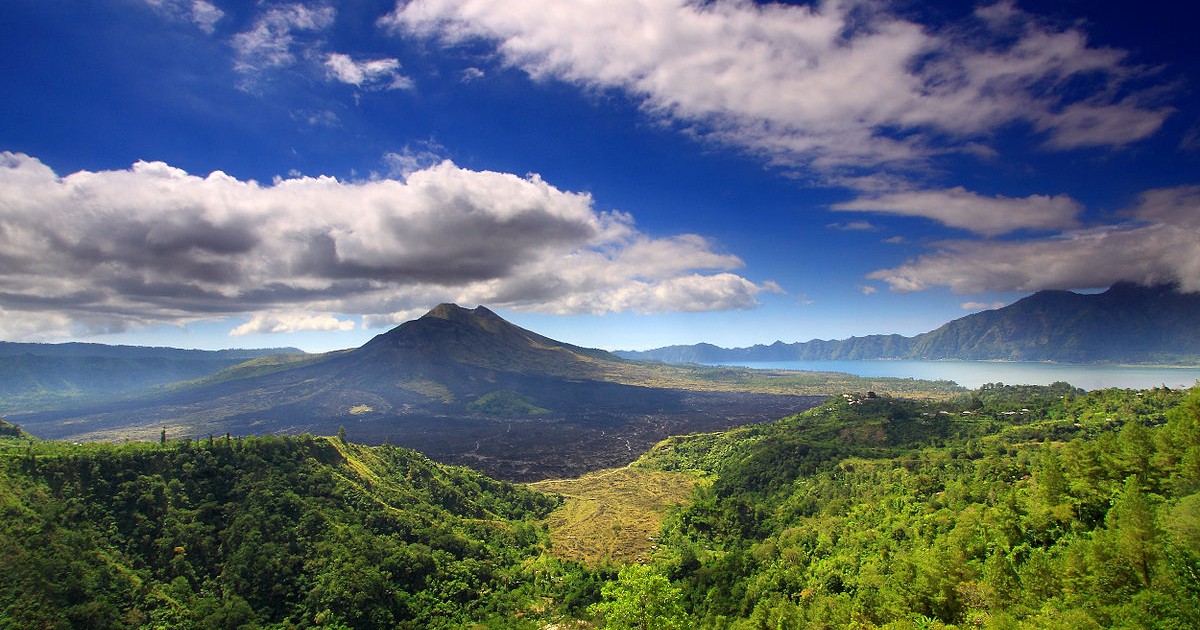 Mount Batur is located at Kintamani and it has erupted about 24 times since year 1800 and still active up to now. Since the mount is erupting, it has impacetd the local society life around this mount, like removing an altar of the temple, improve or repairing the village and re-arrange the tradition away from the dangerous zones. Lake Batur is the biggest lake in Bali and functioning as irrigation source to all farmers around it and also for all Bali society in general. In the Kintamani area there has been founded some lodging, hotels and restaurants which are located in Kintamani and Penelokan Village. It is a famous tourist place because the Kintamani area owns a beautiful panorama and is encircled by a colder atmosphere.

Tegalalang countryside is located at 5km northern part of Ubud Village and own the magnificient view of rice terrace. The rice terrace is designed very beautiful with exquisite hollowing rice field and precisely located on the hill bank. In this place, you will see the Balinese farmer work on their rice field in oblique area complete with its own irrigation system. You will enjoy the beautiful panorama of valley with rice terrace and coconut trees ornament it. Tegalalang Rice Terrace is one of the tourist icon in Ubud Bali and frequently visited by tourists every day.

What you should take with you